Looking for a place that serves vegan fare can be tricky. Lately, though, as the vegan life becomes more and more popular, it’s getting easier — especially in Astoria. Now, (…)

Looking for a place that serves vegan fare can be tricky. Lately, though, as the vegan life becomes more and more popular, it’s getting easier — especially in Astoria. Now, even places famed for their meatier selections are offering vegan options, so if you’re vegan, your choices are broader than ever. Below are just a few of the vegan options in the neighborhood.

Please be aware that while all of these spots offer vegan fare, not all of them are strictly vegan places, so please plan accordingly!

King of Falafel and Shawarma

King of Falafel and Shawarma offers vegan options from both its storefront on Broadway as well as from the food truck on the corner of 31st Street and Ditmars Boulevard. Falafel is a vegan dish on its own, and you can fancy it up however you like. Try some in a pita with salad and tahini. Other vegan snacks include stuffed grape leaves, and hummus. It’s a great place for a quick bite on the go.

The Thirsty Koala is an Australian restaurant, and kangaroo burgers aren’t the only thing they have going for them. For one thing, the whole menu, vegan and non-vegan alike, is gluten free. For another, they offer a pretty wide selection of vegan burgers and salads, and the vegetarian salads can be made vegan on request. Check out the Akudjura Earth Bowl chili, made with portobello, black beans, and lots of veggies, as well as akudjura, an Australian fruit with a sharp, tomato-like flavor. Enjoy a leisurely dinner with friends in Thirsty Koala’s relaxed, modern setting.

Yes, this pizza really is vegan!

Tikka Indian Grill has an entire menu section of vegan and vegetarian fare loaded with lentils, vegetables, and more, all full of warming, savory spices. They also feature lunch specials. Try the Pumpkin Kala Chana, made with red pumpkin, chick peas, and mustard seeds. Or if you’re feeling spicy, Achari Aloo Baigan, made with spicy pickled potatoes and eggplant. 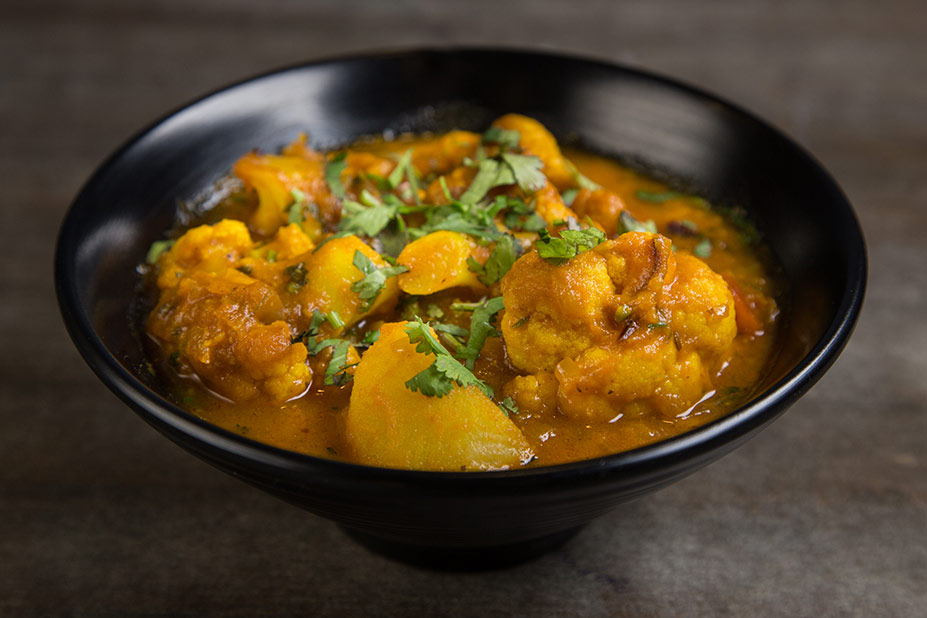 No. 5 NYC is an all-organic bar and restaurant, as well as an event space. They serve up vegan spins on classics like Truffle Mac and Cheese and Meatballs, as well as zucchini noodle bowls featuring vegan ravioli with mushroom or butternut squash. Basically, everything on the menu, from tacos to tartines, has a completely vegan counterpart, so no one feels left out.

Tartines are open-faced sandwiches. Think bruschetta. This one is made with vegan ricotta.

QWNS Cafe offers coffee drinks and more, including plenty of vegan and gluten-free pastries and meals. Craving a croissant? They make a vegan version you would swear is made with butter. On Sundays, check out the cocoa pancakes, served with vegan vanilla butter and blackberries.  The coffee drinks can also be made vegan with almond or oat milk.

Seva Indian Cuisine offers all kinds of Indian fare, including a large selection of vegan dishes — all handily marked on the menu with a little green leaf, so you know immediately what’s what. Their take on mulligatawny is vegan, made with yellow lentils. For a meal, check out the Aloo Gobi Matar, made with cauliflower, peas, potato, and ginger.

Bareburger is a burger place, yes, but they have something for everyone, including vegan and gluten-free options. They also boast the Impossible Burger and the Beyond Burger, two plant-based patties crafted to mimic meat, but without any animal product at all. Vegan cheese is available, too. You can build your own burger with either of these plant-based (but meaty!) patties, or you can opt for their recipe. Other vegan patty options are black bean, quinoa, and sweet potato. There’s also Beyond sausage and a selection of vegan milkshakes made with coconut ice cream.

Yes, this is also vegan!

Create, which has locations on both 30th Avenue and Ditmars, lets you build your own salads and bowls, so you’re in charge of exactly what goes in and what stays out. Choose from tofu, beans, and tons of veggies to create exactly what you want. There are also fresh-made juices and smoothies, as well as as açai bowls packed with fruit for something a little sweeter. 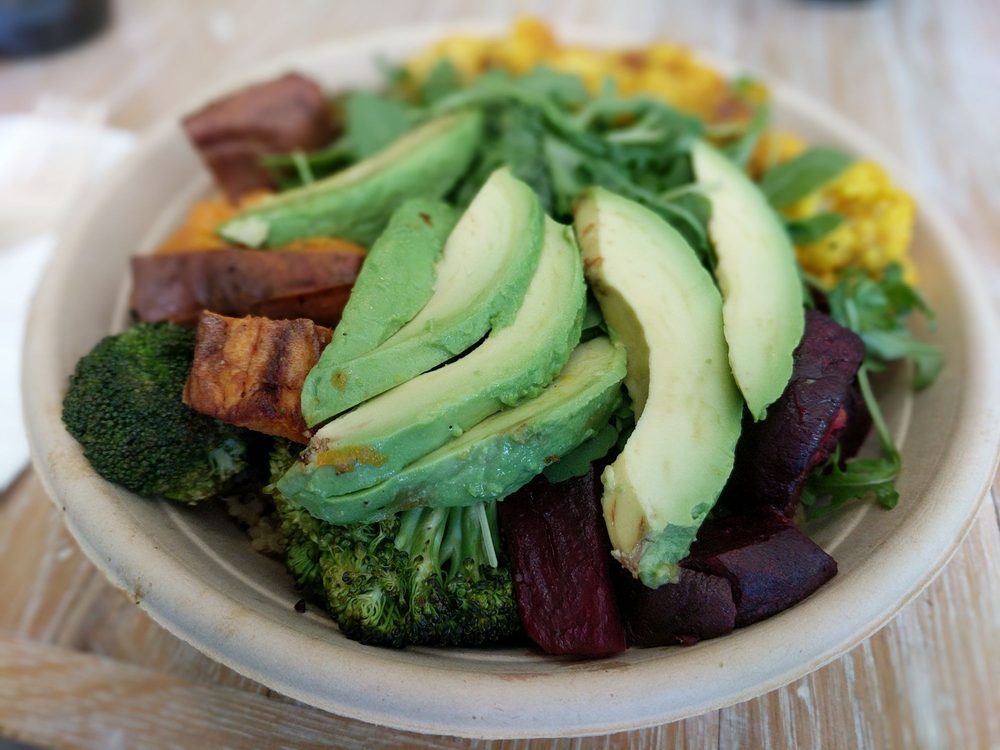 Looking for late-night comfort food but don’t want to leave home? Ikraveit Foods is a great choice for pickup or delivery if you’re not in the mood to eat in public, or if you’re on the go. They have a selection of vegan sandwiches, wraps, and burgers, and you can also create your own salads. You can even order vegan grocery items like non-dairy milks online. 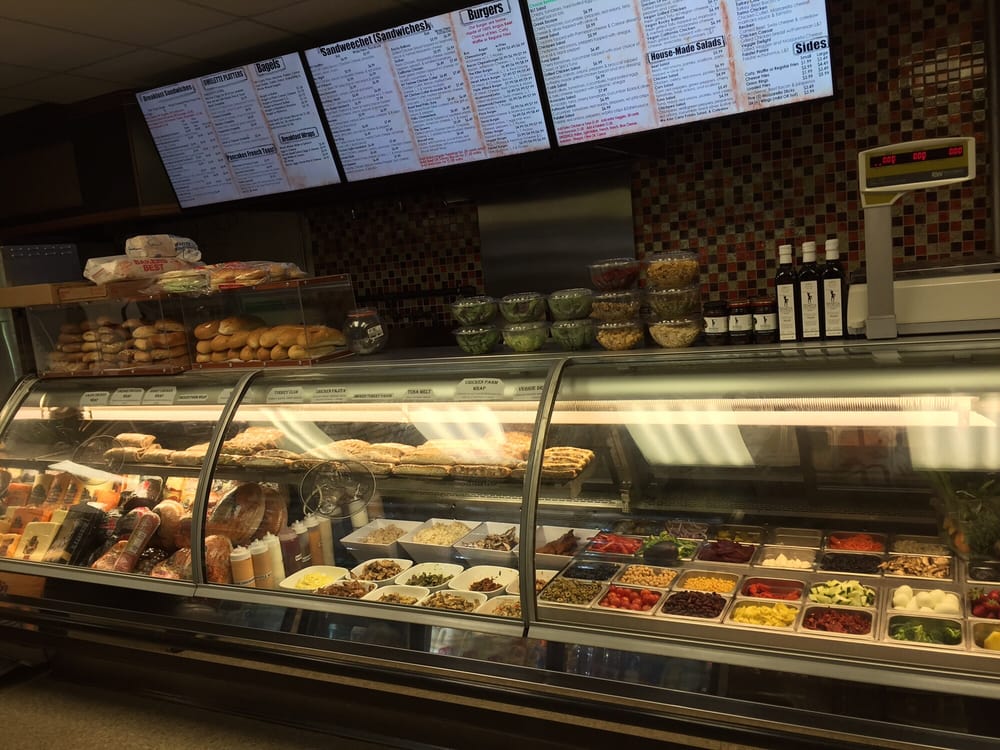 This list is just a sampling of all the the vegan fare available in Astoria right now. Did we miss your favorite? Let us know where you love to get the best plant-based grub in the neighborhood!

Add:
– Fresh Start has vegan sandwiches, salads and desserts
– Loose Leaf has a bunch of vegan cookies and bars, as well as wraps from Terri
– Rizzo’s has vegan pizza
– Sai Organics makes some pretty amazing vegan sandwiches and has incredible vegan cookie, bars, and brownies, all at extremely reasonable prices. If I lived closer, I’d probably be there every day.

Jujube Tree? Basically an all vegan restaurant minus one item. How is that not listed?

We just picked ten, when there could be 20 or 30! (And we’re just not huge fans of their food, but we’re glad to have an all vegan spot in the neighborhood!)

Well they must be doing something right if they’re still in business and people give good reviews. Just saying your article is about where to find vegan fare in Astoria. That’s basically the only place you don’t have to hope they have the one or two vegan items on the menu that day. And their food is pretty great I think. I’ve gone to some of the other places listed before that don’t have the vegan item in stock that day or vegan cheese available etc.

Thanks for this post! These are great options. Here are a few more that I enjoy:
– Arcadia has a black bean veggie burger that is vegan.
– Vesta (recently featured on Eater as one of “19 Excellent Astoria Restaurants and Bars to Try”) has their Giardino pizze that’s vegan
– Macoletta has two excellent pizzas that are vegan, the Cara and the Macoletta
– Bohemian Hall and Beer Garden has a Vegan Impossible Burger
– Monika’s CafeBar has vegan items like mac no cheese, quinoa salad, tacos, dips, and a burger
– Martha’s Country Bakery offers a few vegan desserts
– and of course, Jujube Tree is all vegan

Oh, and I forgot to mention that The Bonnie has an amazing vegan Reuben and Sweet Afton has a vegan burger!