If there’s one thing that’s a constant in Astoria — and everywhere in the city — it’s change! Whether it’s businesses, building projects, or trains, something is always underway. Here (…)

If there’s one thing that’s a constant in Astoria — and everywhere in the city — it’s change! Whether it’s businesses, building projects, or trains, something is always underway. Here are just a few of the developments happening in our neighborhood that you should know about.

Long-awaited renovations to beloved Astoria park officially began on October 23. The park, which is 105 years old and measures some 56 acres, will be getting a $30 million makeover. The project will be completed in phases. The first phase will see the installation of a synthetic turf soccer field and track, updated park amenities, and erosion control. The second phase will see a renovation of Charybdis Playground, which will include comfort stations and a spray shower. The project is scheduled to be completed by summer 2020.

Astoria Park is one of five New York City parks chosen for renovations in the Anchor Parks Initiative, launched by Mayor Bill de Blasio in 2016. An “anchor park” was chosen from each borough, and each received $30 million in renovation funding. Like Astoria Park, these are all large parks that serve as focal points for communities, but have been underserved in the past.

Long Island City will see the addition of a new school and a new park space as the result of an intense negotiation process. Back in April, a deal was struck with the city for air rights, which allowed for the planned construction of two large residential towers on Jackson Avenue. The decision was quickly met with protest, with opponents of the project saying that the residential buildings would do little public good, and also cited that only 150 units, less than half of the 481 in total, would be affordable housing.

So as a compromise, the space under the Queensboro Bridge ramps, currently used for DOT storage, will be converted into public park space. The developers will provide $5.5 million for the design and development of 50,000 square feet under the ramps for park space, and Council Member Jimmy Van Bramer says that the city will continue to work to secure the rest of the space for public use. The Long Island City Partnership will be working with the city on designing, developing, and maintaining the public space. Construction on this is expected to begin in 2020.

In addition, Court Square will also be getting a UPK-5th grade school. The exact funding has yet to be announced, but is estimated to be somewhere between $60 and $100 million, which is typical for schools. The exact site is still being decided, with several locations possible. The school is projected to be built within the next five years.

Regarding the announcement of the public space and school, Senator Michael Gianaris issued the following statement:

“After years of development ignoring the needs of Long Island City residents, today’s announcement is a welcome step which sets a precedent prioritizing community needs. I will continue to stand with my LIC neighbors as we fight for better communities.”

An Amazon Distribution Center in Woodside

The former Bulova watch headquarters on Boody Street in Woodside is to become Queens’ first Amazon distribution center. Bulova had been trying to sell the three-acre property for a few years, and a lease was signed with the e-commerce giant earlier in October. They’ll move in officially on December 1.

This will be New York City’s second Amazon distribution center, with the first one being in Staten Island. Amazon expects to hire hundreds of workers at the new location. In addition, Long Island City is being considered, along with 20 other locations, as a possible second headquarters for the company. This could potentially generate some $5 billion in investment and thousands of new jobs in the area. However, the final decision has yet to be made on the headquarters site, but should be revealed before the end of the year. 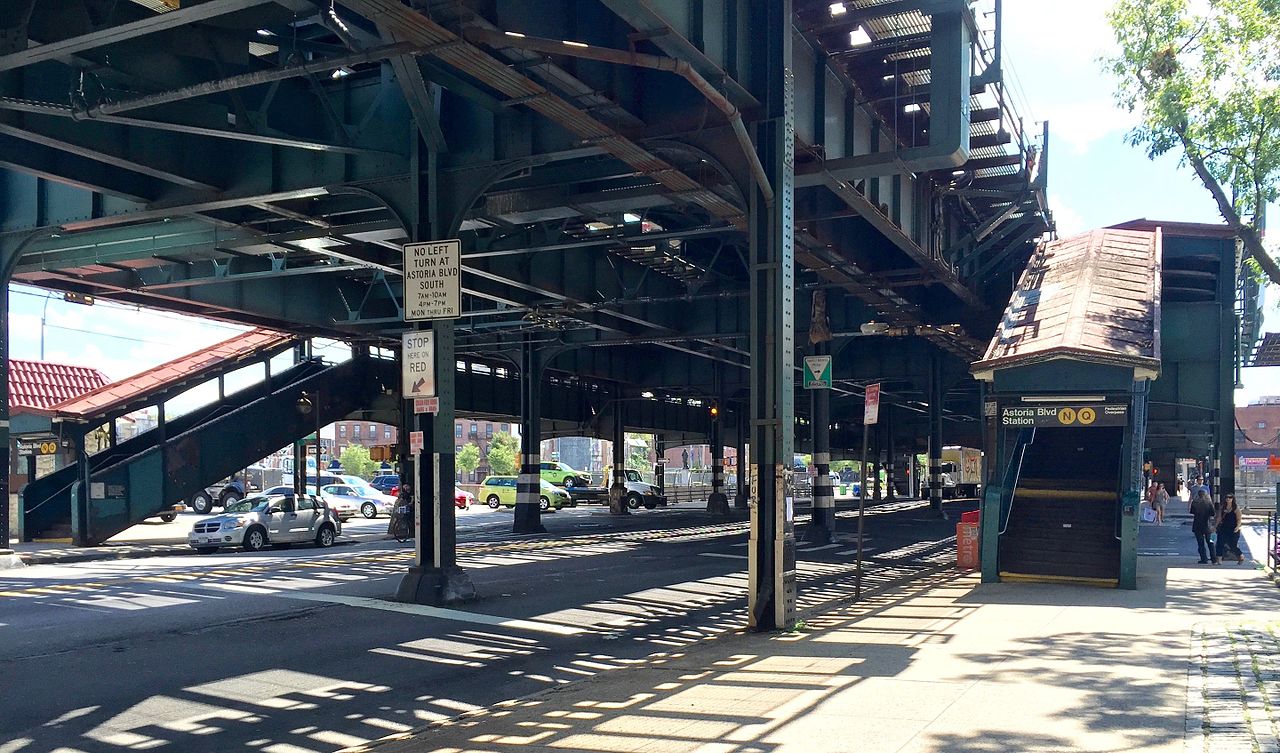 The station will have four elevators installed once the construction at the Broadway and 39th Avenue stations is complete, which is expected to be in February 2019. The elevator project will likely start in March, and unfortunately, it will mean the station’s closure for about nine months. The project will take over two years to complete, and for the rest of the project’s duration, the station will have partial closings but still be operational. In addition, watch out for multiple street closures while they make the required station adjustments. A nightmare traffic situation on 31st St. anyone?

Almost complete, two new residential buildings are opening on 20th Avenue in the Marine Terrace complex. A 21-unit, three-story building and a 32-unit, four-story building will offer rent-restricted, income-restricted housing for veterans, as well as resident services like laundry facilities, a fitness center, and a computer lounge. Development company Related Affordable has partnered with the Jericho Project, a New York non-profit that helps low-income veterans find homes and employment. Eligible veterans were chosen via a lottery and are currently under review.

To construct the buildings, 22 Marine Terrace parking spaces in two sets of garages were demolished. The developers claim that the spaces were minimally occupied, but they will also be working with the city to potentially add 25 new street parking spaces. The buildings are near completion and will be opening for residents over the course of next year

The Acropolis co-op has been a source of controversy for years, with residents complaining of mismanagement, lack of utilities, and safety concerns. Earlier this month, more than 60 tenants signed an affidavit supporting claims of corruption, and a lawsuit has been brought against Acropolis’ managers in June. The suit claims that Acropolis has amassed some 200 violations with the FDNY, the Department of Buildings, and the Environmental Control Board. The apartment complex also has $1.3 million in unpaid water and sewer taxes, according to the suit.

Earlier in October, Wells Fargo filed for foreclosure against Acropolis, and on the 18th, a judge ordered the property to be released to an outside manager for cleanup and inspection. Homeowners plan to have a shareholder meeting soon, but residents — many of whom have lived there for decades — are still concerned as to what might happen to their homes.

Do you know of any other developments in the neighborhood? Or maybe you’ve been wondering what that construction project down the street is really all about? Let us know!

I’m noticing Ditmars and 31st street are in a state of dispair. Jolson’s wine is gone, so is GNC. Both vendors I care less about, however it’s sad to see vacant store fronts. There’s a place opening up on Ditmars between 35th and 36th that’s glass doored, any clue? Blossom in Astoria – the nail spa above the Capital One bank is also gone. There are a few places also closed on Ditmars and not to mention the nonsense going on with the Acropolis. Any insight would be great.

No insight, but you’re absolutely correct. Ditmars is a neighborhood in shift, and there will be lots more changes before it’s all over. TJ Maxx and Target are definitely (as it appears to us) driving up the rent, and I’m not sure who will be the next casualty. As a small business owner myself, it’s heartbreaking to watch. I could be next.

I’m noticing Ditmars and 31st street are in a state of dispair. Jolson’s wine is gone, so is GNC. Both vendors I care less about, however it’s sad to see vacant store fronts. There’s a place opening up on Ditmars between 35th and 36th that’s glass doored, any clue? Blossom in Astoria – the nail spa above the Capital One bank is also gone. There are a few places also closed on Ditmars and not to mention the nonsense going on with the Acropolis. Any insight would be great.