Looking for something to do? Of course you are. And you’re in luck, living in a community just packed with creatives doing creative things. So WHA presents the Fall Arts (…)

Looking for something to do? Of course you are. And you’re in luck, living in a community just packed with creatives doing creative things. So WHA presents the Fall Arts Roundup, with all your favorite music, theater, and more. Naturally, with Halloween around the corner, there are events popping up all over the place, but there are plenty of things happening afterwards, too!

HiFi Records is hosting a number of events this month, including two different soundtrack listening parties. On October 26, they’ll be playing the soundtrack to the new remake of 1977 cult horror classic Suspiria, composed by Thom Yorke. Prizes will be available, as will beers from Singlecut. On October 31, there will be a family-friendly “Monster Mash” for all your favorite little monsters — no beer, just candy!

If you want a real Halloween throwback but maybe with a little local twist, you need to check out The Great Pumpkin Re-Animated, a screening of the Charlie Brown classic with the voices of some of your neighborhood friends, produced by The Queensborough Theatre Project. On October 21, admission is $10 for the 4pm and 8pm showings. The 28th 4pm showing is family friendly. Be aware that space at the LetLove Inn is limited, so get your tickets ASAP!

On Saturday, October 20, Singlecut is hosting Ro Fino with The Move Over as the backing band for an afternoon bash from 1 – 3pm. And if day-drinking makes you feel guilty, don’t worry: the show’s proceeds will be going to benefit the ACLU. 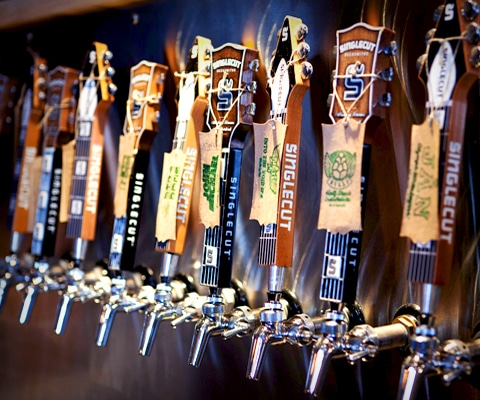 The very next day on October 21, there’s another benefit show at QED. It’s part of the Monthly Show(s) of Resistance, which are also led by Fino, and benefit a different charitable and humanitarian cause each month. They’ll be regularly scheduled the third Sunday of the month at QED, and feature music and comedy with a rotating cast. This month the proceeds go to Emily’s List.

And as if there weren’t enough to do on October 21, Crescent & Vine is hosting their monthly open mike night. You never who who (or what) will show up, but it’s always a pleasant surprise. If you’re feeling musical, bring something of your own!

From November 4 through November 11, the Astoria Music Collective is holding a musical “pub crawl,” hitting a different bar every night. Special performers include Kevin Goldhahn, formerly of the Gantry, at LetLove Inn on the 9th and Punch the Sun at Sweet Afton on the 5th. The full schedule is:

The Socrates Sculpture Park unveiled its Annual exhibit, featuring large-scale sculptural work in their beautiful space on Vernon Boulevard and on the water. The Annual is the final exhibit of 15 artists who have worked in the park’s outdoor studio space through the Socrates fellowship program.  The exhibit is open through March 10, 2019, so you have plenty of time to go check it out. There’s even a weather-checker on the website! 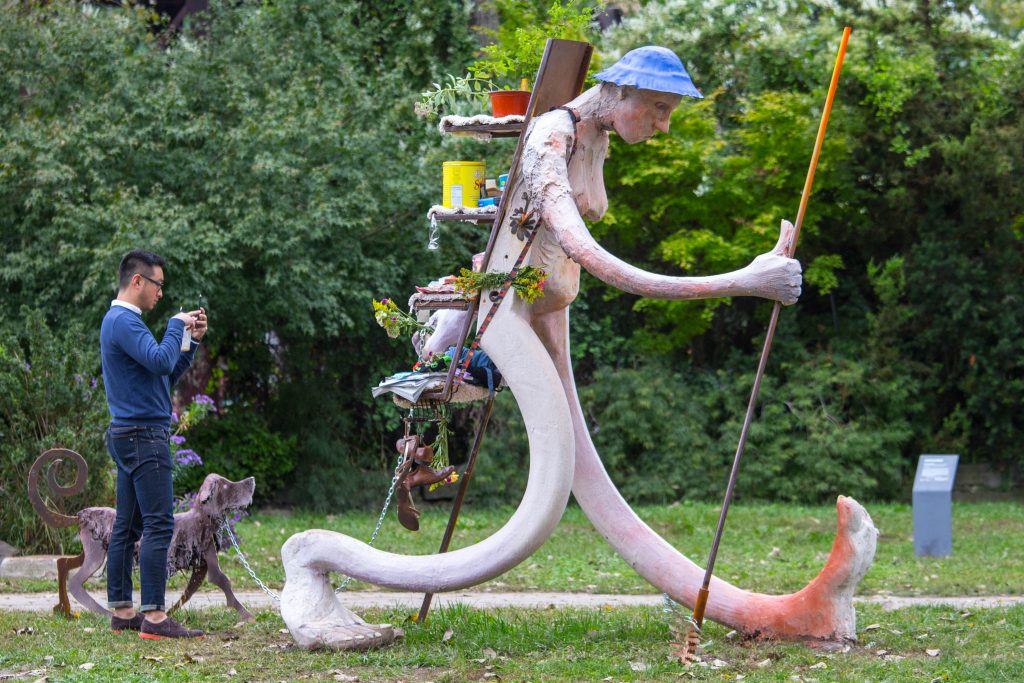 On November 13 at 8pm, LIC Bar will be hosting a reading and panel discussion with three local authors, Heather Abel, Sara Batkie, and Ariel Schrag, as part of the LIC Reading Series. Books will be available for sale, and the authors will be on hand to sign them, and there will also be audience prizes and a chance to engage in some literary discussion with fellow book-lovers.

If you’re still looking for spooky after Halloween, The Chocolate Factory Theater will present a screening of Screamers, a film adaptation of a live performance piece. The film tells the story of a dancer and her husband who move into an eerie, maybe haunted former church in upstate New York. Screenings are from November 15 to 17, and tickets can be purchased online. The film will be screened at Kaufman Astoria Studios.

Mission to (dit)Mars, is a Queens-based theater arts collective, is hosting a reading Words Cannot Describe This a new play written by Jonathan Alexandratos and directed by Jessica Bashline.  It’s part of their Launch Pad reading series, and it’s free! The reading will take place at the Broom Tree Theatre on November 19 at 7pm. The play tells the story of fleeing from Albania, and draws on the real-life story of Alexandratos’ family.

It’s also time again for the Sparrow Film Project, featuring the cinematic stylings of local folks. The film project, which is celebrating its 10th year, has also recently expanded its partnership with Kaufman Astoria Studios. While submissions closed in September, they’re just about ready to be watched. Saturday, December 1 is the official screening at the Museum of the Moving Image, but if you can’t make it that, or to the Gala on December 6, also at MOMI, you can catch the films during Sparrow’s bar crawl on Sunday, December 2.  The movies will be screened at various bars throughout Astoria. While the bar crawl list is still being finalized, you’ll be able to see the 3-minute films at The Bonnie, LetLove Inn, The Ditty, Mosaic, and QED.

So if going out isn’t always your thing but you’d still like to stay up on what creative folks in Astoria are doing, you can always check out what they’re doing online. One thing is Hellgate Academy, a self-described “low budget” web series about an Astoria resident discovering he’s actually a demon. You can watch the trailer on YouTube, and keep up with the series’ development.

Did we miss anything? Knowing Astoria, we probably did. Write in to let us know what artsy things you’ll be doing this fall!